Decades ago, you could mine cryptocurrency on your personal computer. But, with increasing Bitcoin network’s difficulty and individual computer’s shortcomings, it isn’t a wholesome solution anymore. Nowadays, Application-Specific Integrated Circuit (ASIC) mining machines are powerful devices used to mine cryptocurrencies. They include graphic cards for mining, a strong processor, and much more. The Bitmain Antminer Z15 is one of the high processing miners that can mine cryptocurrency efficiently.

Bitmain is a Chinese ASIC mining gear manufacturer based in Beijing. The Antminer Z15 device, mining hardware, is the company’s flagship, and it uses the Equihash algorithm to mine coins like ZCash, Horizen (ZEN), etc.

Since it’s the hallmark of the Bitmain corporation, it won’t be an exaggeration to say that the Antminer Z15 is one-of-a-kind.

As mentioned above, Bitmain Antminer Z15 has the Equihash algorithm with a maximum hash rate of 420ksol/s for power consumption of 1510W. Antminer Z15 allows you to mine Zcash, Zclassic, Zencash, Komodo and many more.

Antminer Z15, which was released in June 2020, is one of the top Zcash miners. It comes with a lot of characteristics, including low power consumption and superior processing power. As a result, it is expected to generate a substantial profit for the owner. Moreover, it comes with an APW7 power cable.

The hash rate of each miner is used to determine the device’s performance. In other words, this is the pace at which a miner solves a hash in order to be paid. The Antminer Z15 has a maximum hash rate of 420Ksol/s.

The algorithm is one of the most important aspects of any mining machine. Each crypto coin runs on a Blockchain platform, and mining the coins requires adhering to a set of rules. Equihash, developed by a research group at the University of Luxembourg, is the Z15’s algorithm.

The majority of mining noise is between 60 and 90 decibels. One of the things that people like about the Antminer Z15 is that it is 72dB. The device has a low noise level and can be used in residential settings. The majority of customers prefer mining machines that can be set up in a home.

Heat is an enemy of electrical efficiency, and the two cooling fans account for a large proportion of power usage. The higher the extraction efficiency, the lower the temperature.

As a result, it is recommended that the finest possible mining conditions be created, as well as adequate ventilation. In comparison to other miners on the market, antminer in Dubai uses less electricity with 6.86Amp intensity and 1510W power usage.

This power consumption demonstrates that miners can successfully cut production costs as well as the cost of providing electricity to mining equipment.

Are you looking for crypto mining machines for sale? Phoenix Store Dubai offers the latest Bitcoin mining computer with high processing speed. Get a free consultation today with us. 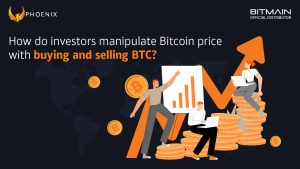 How do Investors manipulate Bitcoin Price with buying and selling BTC?
next post
How Much Does It Cost to Build a Bitcoin Mining Farm? 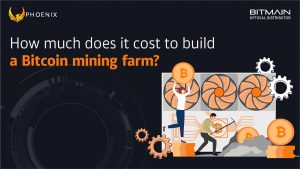